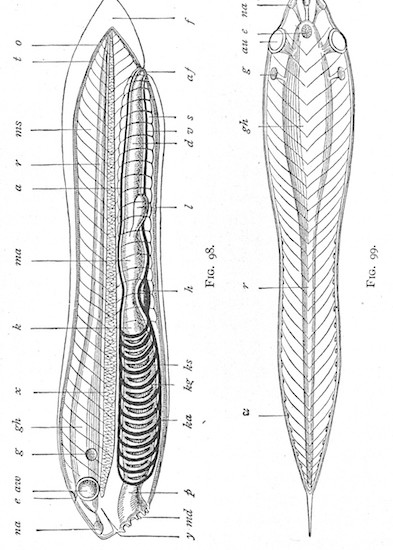 I am currently (re)reading my entire set of the collected works of Gregory Bateson.

One of the most interesting passages is in an earlier work where Gregory Bateson’s father, William Bateson (1861-1926) who formed the term ‘genetics’, initially describes what became an enduring theme in Gregory’s work, being the ‘pattern that connects’. William Bateson observed (in a letter of 14 September 1891):

“Divisions between segments, petals, etc. are intermodal lines like those in sand figures made by sound, i.e. lines of maximum vibratory strain, while the midsegmental lines and the petals, etc. are the nodal lines, or places of minimum movement. Hence all the patterns and recurrence of patterns in animals and plants – hence the perfection of symmetry – hence bilaterally symmetrical variation, and the completeness of repetition whether of a part repeated in a radial or linear series.”

In William Bateson’s ‘Materials for the Study of Variation‘ (1894) he outlined how, in the patterning of the forms of life, there were periodic regularities or ‘discontinuous variations’. This conflicted with the (then understood) Darwinian view of incrementalism. If everything was changing continuously, evolving in complexity, incrementally, why were there defined strata or patternings in biological nature?  In his ‘Mendel’s Principles of Heredity’ (1909) he notes how evolutionary diversity is not infinite, it is ‘definite’.

This focus on the ‘discontinuous’ (i.e. the discontinuity in evolutionary patterns as stabilities) has now also been seen in the ‘lumpiness’ of ecological panarchy (Holling, 1992), the ‘shape’ of developmental psychology (Dawson-Tunik et al., 2005), and in the ‘apithology’ of thought-ecologies (Varey, 2010).

The nature of complex systems, wider than the biology of the particular, is seen as an ecology of potentialities. Those who propose radical changes and transformations of levels might want to take heed of those dependencies. Before removing constraints around us we might want to inquire into the entrainments of enablement which allow all of us to stand together. These are the meristics of form within the sacred ecology of the manifest divine.

The question that occurs in praxis is: Until we can see the patterns in the sand, might we want (ethically) to do quite so much Earth moving?

To help make this observation more clearly, after reading William Bateson’s words about figures in the sand, I walked a deserted beach the other day to see how form arises in flow, more intimately (captured for you here in a real-time recording):

What was most interesting (for me) is how the patterns in life that are there for all to see, we may each walk over obliviously (and perhaps even daily).

Apithologia acts as generativity consultants to individuals, organisations, enterprises and policy makers working for humanity contributive outcomes. You are invited to join our learning community of innovative clients.